On June 17th, dignitaries, celebrities, and corporate giants will once again converge on the nation’s capitol to celebrate the “Nobel Peace Prize of Volunteerism” – the 2014 National Jefferson Awards. Forty-one years ago, the Jefferson Awards were created by Sam Beard, Jackie Kennedy, and Senator Robert Taft, to recognized the efforts of those who go above and beyond the call of duty – those who make this world a better place to live and give us hope for the future and pride in ourselves.

In 2013, Charles Fazzino created an official artwork for the Jefferson Awards. It was presented to the national award winners including Elie Weisel and Dolores Huerta. The artwork will again be featured at this year’s ceremony with plans to present it once again to the national winners, including The Honorable Gabrielle Giffords. In addition, the limited edition artwork will be available for sale with proceeds benefiting The Jefferson Awards. 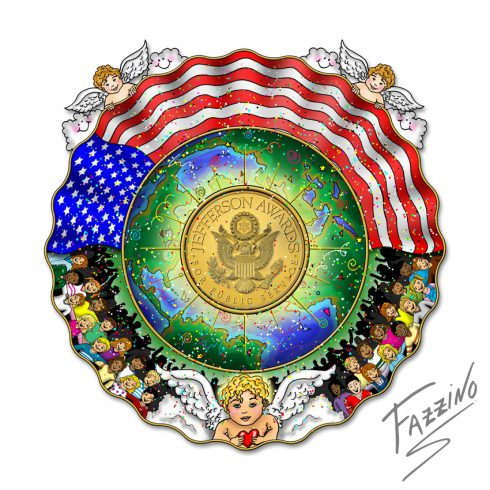 Each year, The Jefferson Awards conducts the “Lead 360 Challenge,” a contest to find great kids who give back to their communities and reward them. For the first time this year, the five finalists appearing at The National Jefferson Awards in Washington, DC have been selected through a worldwide social media campaign. Twenty-Seven of the projects submitted to the committee were posted online and subjected to a social media voting contest. More than 76,000 votes were cast and the final five will be honored in Washington, DC. One of those five will be crowned the champion and win a trip to Super Bowl XLIX!

The Jefferson Awards is one of the largest and most active proponents of volunteerism in the United States. Their actions are heroic and their message is contagious. We urge you to “catch the volunteerism bug” and get involved.  Email us at info@fazzinocollectors.com if you are interested in supporting their efforts by purchasing a Charles Fazzino Official Jefferson Awards Artwork Limited Edition. 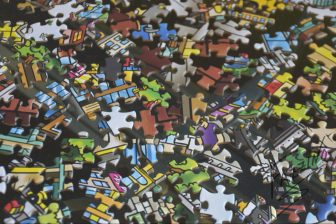 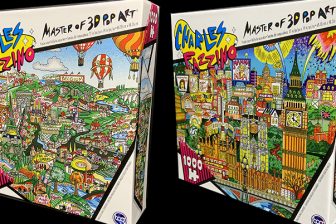 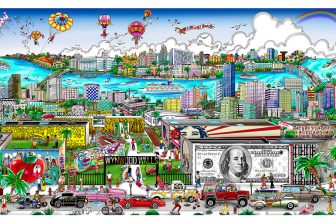