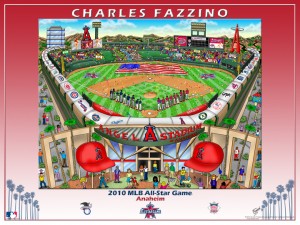 LOS ANGELES, CA — Famous 3-D Pop Artist Charles Fazzino — an official licensee of Major League Baseball Properties — will be present for his one-man exhibition featuring his commemorative artwork for the 2010 MLB All-Star Game at Art One Gallery, 13-31 3rd Street Promenade in Santa Monica, CA on Sunday, July 11 at 4-8 p.m.  He  will also be present, and his 2010 MLB All-Star Game Commemorative Artwork will be on display and available for public sale, at MLB All-Star FanFest at Anaheim Convention Center from July 9-13. A portion of the proceeds from his All-Star Game posters sold there will be donated to the Boys and Girls Club of Anaheim.

Charles Fazzino — stated from his studio in New York, “I am honored to have been licensed by Major League Baseball Properties to create Commemorative Artwork for the 81st MLB All-Star Game. I hope that my artwork has captured the magic of this legendary game and Angel Stadium.  I am also very excited about meeting collectors, and baseball fans, alike, at both Art One Gallery and MLB All-Star FanFest.

Contact your favorite authorized Fazzino gallery for purchasing information,  email us at info@fazzinocollectors.com, or visit us at the MLB All-Star Fanfest the Anaheim Convention Center.

View the rest of the Fazzino Baseball Art Collection on www.Fazzino.com 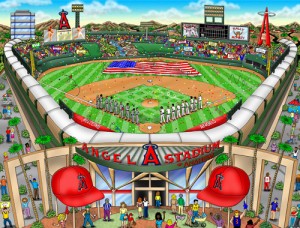 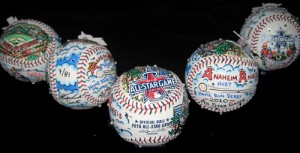 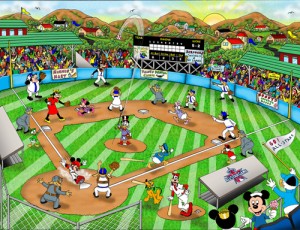 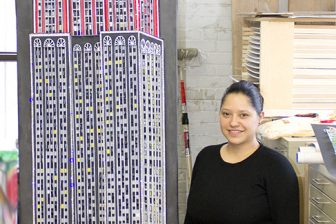